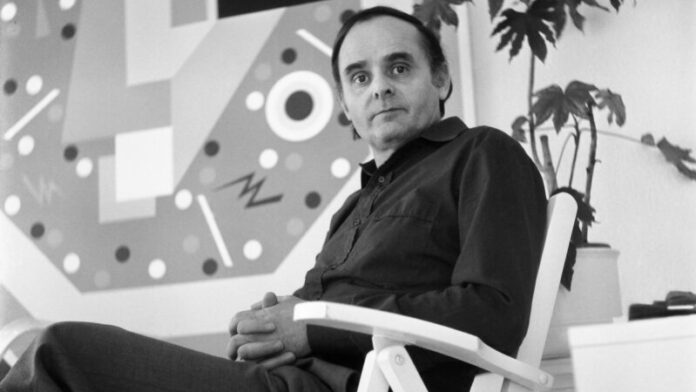 Lenke Szilágyi, one of the most important Hungarian contemporary photographers, and Lothar Wolleh, a renowned German photographer of the 20th century, will have an exhibition of portraits of artists in Berlin.

The exhibition “Looking from the West—Looking from the East” offers a glimpse into a legendary period in the art world of Western and Eastern Europe, according to a statement by the Collegium Hungaricum Berlin (CHB), the Hungarian Cultural Institute of the German capital. The artistic attitudes and lines of force in the photos of Lenke Szilágyi, and Lothar Wolleh, who died in 1979, “vividly illustrate the response of artists from two parallel cultural spheres to the same subject in two different eras.”

In Lothar Wolleh’s portraits, the photographed artists appear as “symbols of their own creative selves” on a stylized stage created by the photographer. In Lenke Szilágyi’s “simple, artless photographs, the viewer believes to discover private people hiding behind the masks of well-known artists.”

Thus, at first glance, the photographic styles seem to represent two opposite poles of portrait photography, but the photographs still “fulfil the same mission: to represent the artist as a cultural and social symbol,” according to the exhibition, which will be on view from 9 September to 5 November.

Lothar Wolleh (1930 Berlin—1979 London) began his career as an advertising photographer in the 1960s, after which he started photographing world-famous artists. The 109 artists photographed during his career include some of the most important figures of contemporary German art, for example Gerhard Richter, Georg Baselitz, Joseph Beuys, Jean Tinguely, Christo, and László Lakner. A selection of Wolleh’s photographs of Eastern European artists will also be on show at Collegium Hungaricum Berlin.

Lenke Szilágyi (born in 1959 in Debrecen) has been exhibiting regularly since graduating from the School of Fine and Applied Arts. She has worked as a photo editor, theatre and stills photographer, collaborating with theatres, and film productions. Her art photographs mainly depict important personalities of the contemporary art and cultural scene of the 1980s and 1990s, including Imre Bak, János Szirtes, János Sugár, Imre Bukta, and Géza Perneczky.