After the semi-finals, the jury of the first Kodály International Music Competition made a decision on 22 June about who will take part in the finals.

On 24 and 25 June (7 pm at the Kölcsey Centre in Debrecen), the first edition of the Kodály International Music Competition will continue with the finals where contestants will each perform a concerto as soloists of the Kodály Philharmonic Orchestra.

According to the decision of the international jury headed by violinist Kristóf Baráti, the following 6 contestants are through to the finals:

During the first Kodály International Music Competition taking place between 17 and 26 June, 29 young competitors — 15 violinists, 6 violists and 8 cellists compete against one another in the same category.

The Gala Concert with the awards ceremony—featuring the best contestants—will be held on 26 June at 7 pm at the Kölcsey Centre in Debrecen.

All rounds of the competition can be attended in person free of charge, or they can be followed live online on the competition’s website and on Papageno’s Facebook page.

The competition is organized by Kodály Philharmonia Debrecen and Papageno, and its professional partner is the world’s largest youth music organization Jeunesses Musicales International. 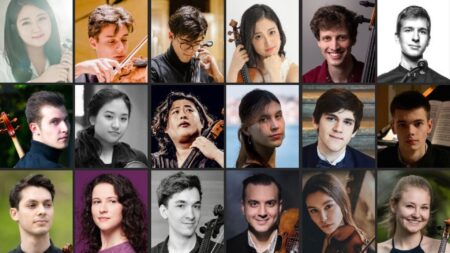